A downloadable game for Windows, macOS, Linux, and Android

This is an adults only game

on Patreon and Subscribestar, links below

Game is free at f95zone.to make sure you give me a thumbs up and a positive review/comment

In order to download this game you must purchase it at or above the minimum price of $1 USD. You will get access to the following files:

Thanks for the feedback

I like the story and characters, but the difference in style between the MC and the girls is a bit jarring at times. He's realistic while they are more cartoony. Personally I think it would be better to go for one style for all characters. Makes it more cohesive so to say. Most of them also have a uncanny stare that makes me think no one is home, but that's probably due to the limitations of the 3D engine/models. But still, thumbs up.

Thanks for the feedback. I tried making him anime style but looked ridiculous couldn't get the eyes right with the toon assets i bought. They didn't have a male equivalent to the girls when I started the game. The realistic eyes in the big anime style eyes for the girls looks creepy. hahaha

I say, keep at it. The Oldest girl creeps me out her 40lbs ass and 60lbs boobs, but Lemon Dimwit and Strawberry Migraine look good. Keeping Jerry realistic is a great little kick in the junk for us, the Players. A "real" dude trying to live La Vida Loca with three unreal hotties (and another one, and then two more..) is just too good of gamer moment to lose.

I love big asses and big tits. When designing the girls i get carried away i can't help it. Might add a girl with smaller proportions soon for those with a less refined taste

I liked the story before, and still enjoy it, I'm just a bit sad at the extra young characters since the update,  but if that is what pulls in players, so be it...
(Esp the parts after the photoshoot with the lookalike convo doesn't make much sense anymore)

There is 2 versions. If you download the game you'll get the big boobs girls and if you add the patch you get the small boobs

I don't remember applying the patch, but I will try reinstalling in a clean folder one of these days...
Thanks!

Edit: Okay, I have to agree with Japanese Catgirl Lover here. The patched game doesn't make any sense as it is clear that the characters aren't supposed to be that smoll. I would suggest others to stick with the big bewb version as the canon version as that makes much more sense storywise and the other as an "alternate" version XD

Personally I would drop the "patched" version before Patreon gets wind of it. They don't have much tollerance with that kind of content, even when provided on other websites. Unless of course the developer states they have no "official" connections with said patch (wink wink).

But it's your game, so I have no say over what you want to provide the people with and it's not up to me in the end. Just wanted to share my thoughts... do what you want, I'm fine either way XD

Yeah it's getting an overhaul. Went overboard with it.

hi i have some honest feedback for i had played DDL-0.023 and then added the

free Gold Edition Patch download, and to be totaly honest

to be sadly lacking for 0.023 Gold Edition Patch download.

hi i have feedback for you !!!

i found a missing graphics while reading *( Daddy Daughter Love 0.023 Gold )* see screen cap below for the error.

hi i have some feedback for you !!!

i think i found a bug in the V.N. that you be harmful in the seen in *( Doctor Lebowski's office )* there is a realy bad flicker where the screen goes TOTALY BLACK and the comes back to normal but its the rate of witch its flickers 1 sdcond on 1 second off then on and off the whole time in the animated seen as it is almost a photo-sensitive warning that may causes seizures its that rapped flickered i might try and shoot a short youtube video to show just how  bad it is !!!

Hi! first of all, great game and keep doing more game like this.10/10.

But here is a problem, i download the last version of the game and Loli/Incest patch not working for me. I started a new game, but still not working.

If its PC or MAC. Extract the files and go into ipatch folder. There should be 5 files in there. Put those in the folder called Game and when prompted select replace files. Android I need help with I'm not sure how to build the patch for it yet. I'm working it out.

Hi! It all fixed and it's working. I have a question, can you fix a mod that only changes the age?

If not it's okey anyway.

Keep up and take care.

I was getting worried about you. Thanks for the upload and the mods. Doin' God's work , Anon. Keep it up.

Has this game died? Or will there be an update any time soon?

The accident with the 'aunt' in the shower is pure slapstick! I am enjoying this one thoroughly... Keep it up!

Aside from the "Jerry" bug mentioned below, there is just one thing that I kinda not like... And that is the typeface used for the text. It's just so big and in-your-face. But other than that, keep up the good work!

Be Nice if there was one with all the Back DL's, so that you did not have to Dl all of the Ones separately

Melissa photoshoot, Brittany refers to MC twice as Jerry, (even though I had changed his name,) once while Melissa is posing and once to invite MC to back room after the shoot. Android version.

I’ll check it out thanks

Hi again I have feedback for you about the ddl.apk !!! Just downloaded onto my Samsung installed and speed run it and I have so good news !!! It worked fine and run it through Kaspersky internet security and it clean and the installed apk runs perfectly !

Nice! I had a headache with Java to get a build for it. Glad it works. Cheers for letting me know.

O MAN i love how the story in going but OUUCCCHHHH poor guy beat up by 2 A-holes and the a ball through at him ouch i felt that pain and even my butt puckered after that game of in coming !!! oooooooo, LOL that's what i call good writing if you can feel pain like that from reading a V.N. all i can say is nurse ice packs needed STAT !!! LOL, LMAO, RATFL,

Any chance you get this for android

good game so far. i like it. keep up the great work. will be a patreon soon. 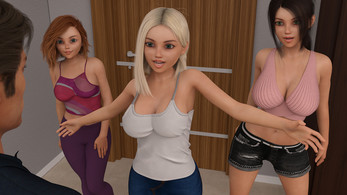 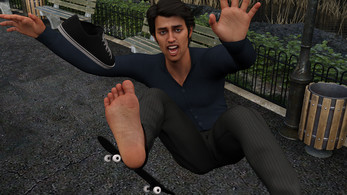 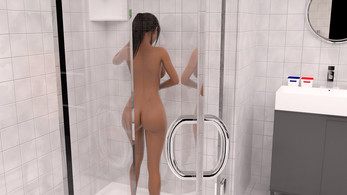 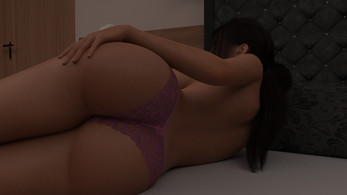 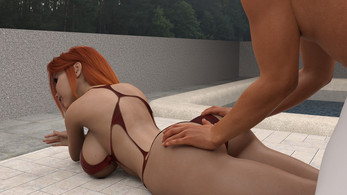